In light of Betsy DeVos (an unqualified non-advocate for public education) being confirmed as the new Secretary of Education, I felt it important to talk about both my public school experience and my private school experience.  I’ve had both, and guess which experience has been a greater influence on my development as a whole.

Hint: It wasn’t the one my parents paid money for.

I attended a private Lutheran school from kindergarten through 8th grade. I started reading at about 3 years old, and my parents thought that putting in public school might hinder me academically. Maybe they were right about that. I did start high school about a year ahead of everyone, particularly in English and grammar. I read Romeo & Juliet, Hamlet, Of Mice and Men, To Kill a Mockingbird, and The Great Gatsby in 7th and 8th grade. I ended up reading them again in high school. I was able to take plenty of music classes in Lutheran School, and I was even in the school band starting in 5th grade. These are valuable experiences. I won’t diminish that.

But what about the other stuff I learned in Lutheran school.

Every lesson was served with a side of Jesus. We had Christian based science books, and Evolution as a THEORY was emphasized big time. We were right and everyone else was
wrong, and Martin Luther sure did stick it to those Catholics 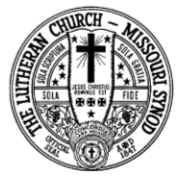 By the way, pre-marital sex will probably kill you because you’ll certainly get a terrible incurable disease or your abortion will present dire complications that you can’t recover from. If you don’t die, you’ll at least be infertile. And just to ice that Cake o’ Salvation, gay people should not act on their urges, and if you commit suicide, prepare for eternal damnation.

Once, at the end of the day during closing prayer time, my 7th grade home room teacher went on a rant about how awful Will & Grace was because of all the gay characters, and I stood there feeling like a filthy sinner because I fucking loved that show.

It’s an uplifting way to come up in the world. I think it goes without saying that being taught these things at all of the most impressionable times of your life can give you a complex about some stuff undeserving of a complex. If there’s a problem in your life, you might start to think maybe you’re not worshipping right or believing hard enough. When I was a kid—probably 9 or 10—my dad asked me what I thought he and my mother could do to help them get along. First off all, I have no idea why my dad thought it was a good idea to seek advice from his 4th grader, but I guess he got what anyone seeking free advice from a completely unqualified source should get—utter horseshit. My response was that they didn’t have Jesus at the center of their marriage. What the actual fuck was I talking about? What does that even mean? I didn’t know. Their actual problems were obviously more tangible the the Son of God’s presence.

I hung on to religion for a while when I left my Lutheran K-8 experience to attend public high school. But as I got further into high school, I started to realize that so much of what I had been taught was actually…umm…bullshit. I met people who weren’t white, conservative, and Lutheran. I had gay friends who were adored by the whole class instead of bullied for liking Britney Spears (you bet that happened at Lutheran school). I had friends who were Buddhist, Mormon, Catholic or had no faith at all, and it didn’t matter. Granted, I went to high school in Arvada, Colorado, which isn’t exactly the most diverse place in the country. It was like a diversity starter pack. Still a lot white, and plenty conservative, but it was definitely more than I had been exposed to before in my little Lutheran bubble for 9 years.

Remember those books I read in middle school and read again in high school? I hated them when I read them the first time. I actually liked them the second time around because I had teachers who wanted us to know and connect with all of the themes of the books we were reading. Assigning a book to read just for the sake of reading it is useless. In middle school, I had worksheets with fill-in-the-blank questions. In high school, I had a connection to literature, and I understood it on a deeper level. It didn’t matter that I had read these books before; I hadn’t really experienced them on any meaningful level.

I was able to seek out actual education about sex and contraception. I wouldn’t need to put that information to use for a while (late-bloomer), but I was sure prepared when the time came. I learned about the religions of the world in a completely objective way. It gave me room to come to my own conclusions. I sang in choirs and was able to explore the music of the world, both old and new, secular and religious. My friends who were in Theater performed in plays that were socially important and artistically impactful. In Lutheran school, we were restricted to plays musicals about how cool Jesus is, and the music was legitimately terrible.

Right before school let out for summer my Junior year, a young man (I say that now, but at the time, I was completely enamored with this mature, intelligent, charismatic college graduate with a double major in Political Science and Theater) came to my AP History class to plug a group he was leading for young people to get involved in politics. It was 2004. That summer, and through election season, I began to get to know and understand where I stand politically while also getting a hell of a civics lesson.

A big project we worked on was the Mill & Bond on the ballot in our district. I rounded up high school kids, and we knocked on doors every weekend to get support from the community and urge them to vote yes in November. I had to get to know how school funding works in our state and and be able to talk to voters when I was too young to vote.

The big lesson I learned that year is that the only way public education gets better and works for everyone is if we have citizens and a system to support it, and the impact to a community when public schools are not supported is more than many people realize. I’m grateful to have had both of these educational experiences. And I’m grateful that I went on to a public college. My public school experiences made me a whole person with a wider range of knowledge.

When I was at private school, I was the poor kid. Eventually, I was the poor kid with the fucked up broken home. In high school, that didn’t matter. I was the same as everyone else. My teachers supported me through difficult times, and I never felt judged by them. They were my safe place. I would get to school early some mornings, just to sit in the choir room and do homework, while my choir teacher would do his own work in his little side office. My English teacher stood at the door everyday and high-fived us as we left class saying, “Be true to yourself. Follow your heart. Stand up for what you believe in.” They were my heroes. They saved me from my own angst some days. They challenged me to critically think, and make up my own mind about what I valued. They didn’t indoctrinate me.

To be clear, I don’t think the teacher’s I had at Lutheran School were bad people. They were wonderful people for the most part, but they wanted to shape our minds in a very specific way. My favorite moment at Lutheran school was when my 8th grade home room teacher proclaimed to a room of kids with Republican parents that she would be voting for Gore in 2000. I remember one kid in particular freaking out and chanting, “Bush! Bush! Bush!” I’m sure she got all kinds of shit for that. I loved that rebel teacher.

What’s my point? I guess I’ll answer that with a question: What would you rather have? A population who critically thinks, or a population who can’t see past their own narrow view of the world because no one taught them how to? 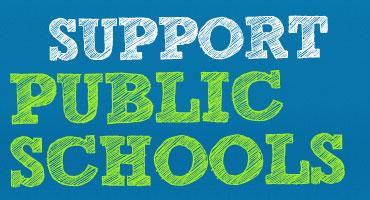 I know my answer.